The Southeast Isolated Wetland Assessment Study Level 3 detailed assessments were conducted on two clustered isolated wetlands to measure their hydrologic and water quality functions, including pollutant absorption capacity and hydrologic connectivity, as well as the abundance of amphibians, macroinvertebrates, and plants that the isolated wetlands supported. 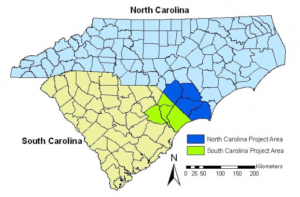 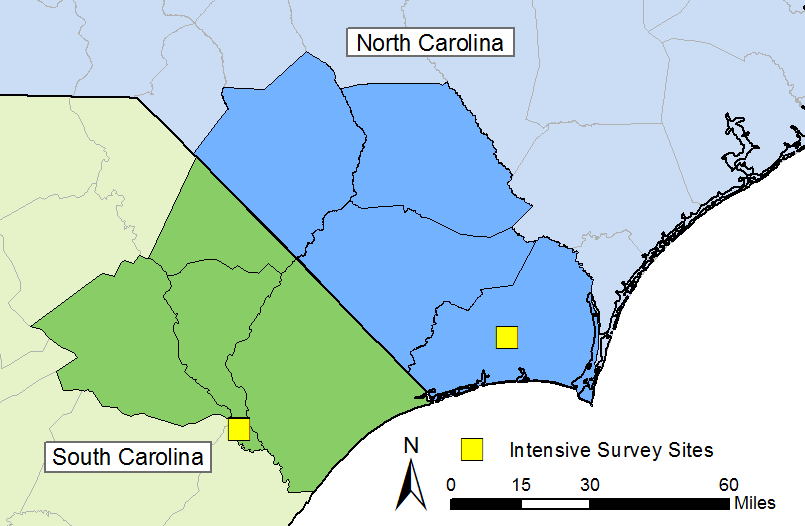 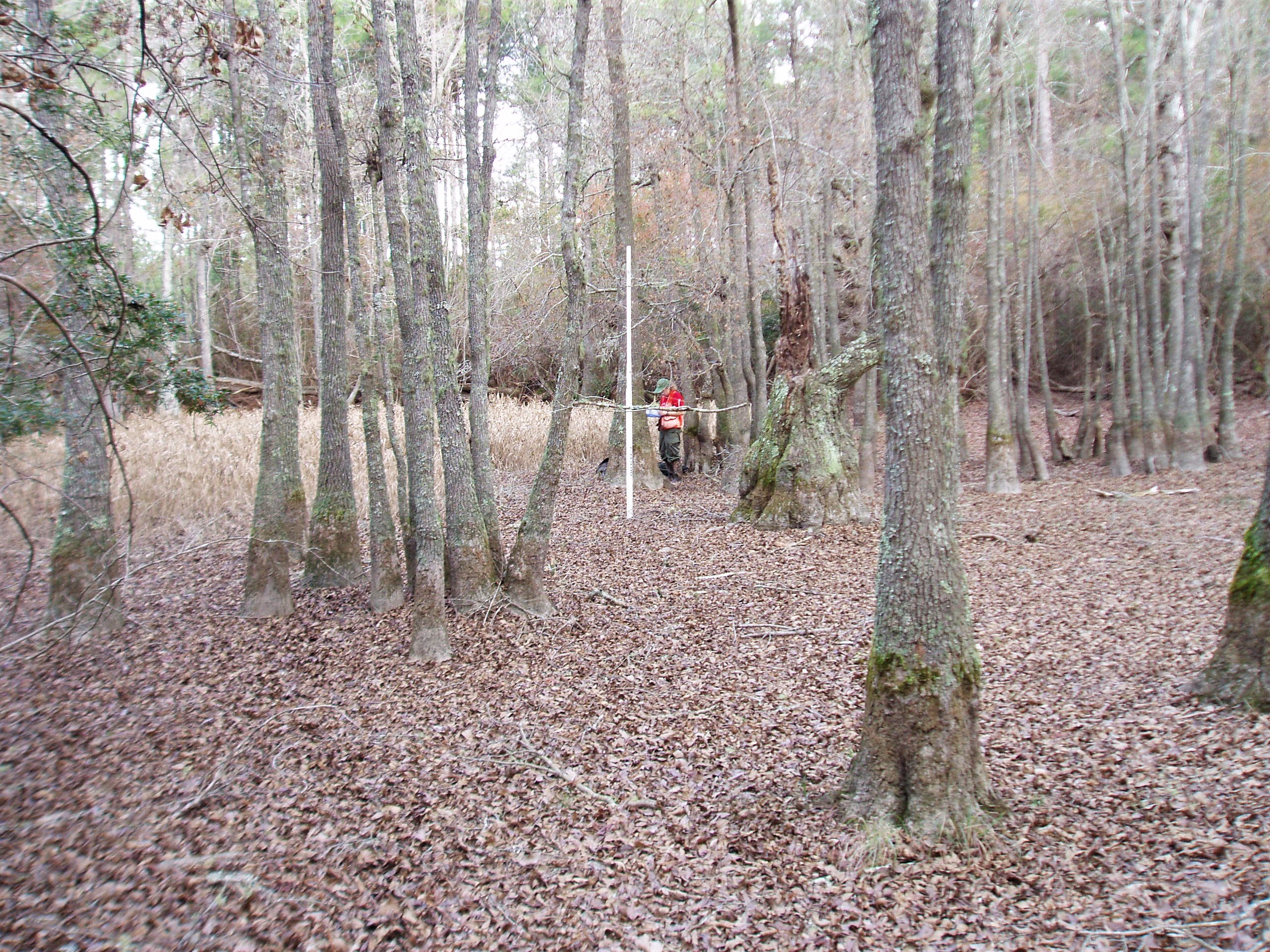 An isolated wetland in North Carolina 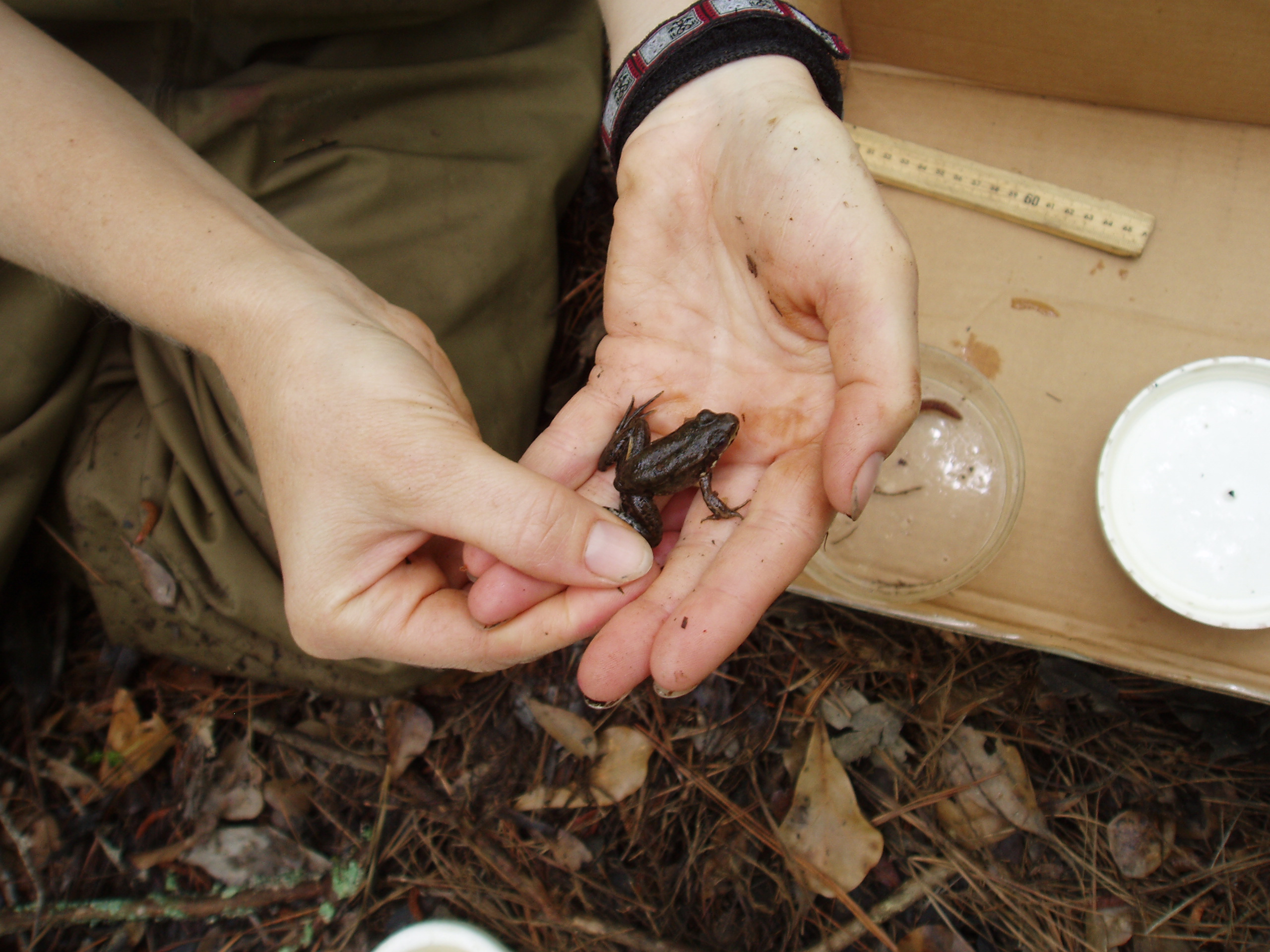 Amphibians were surveyed as part of the Level 3 detailed assessments 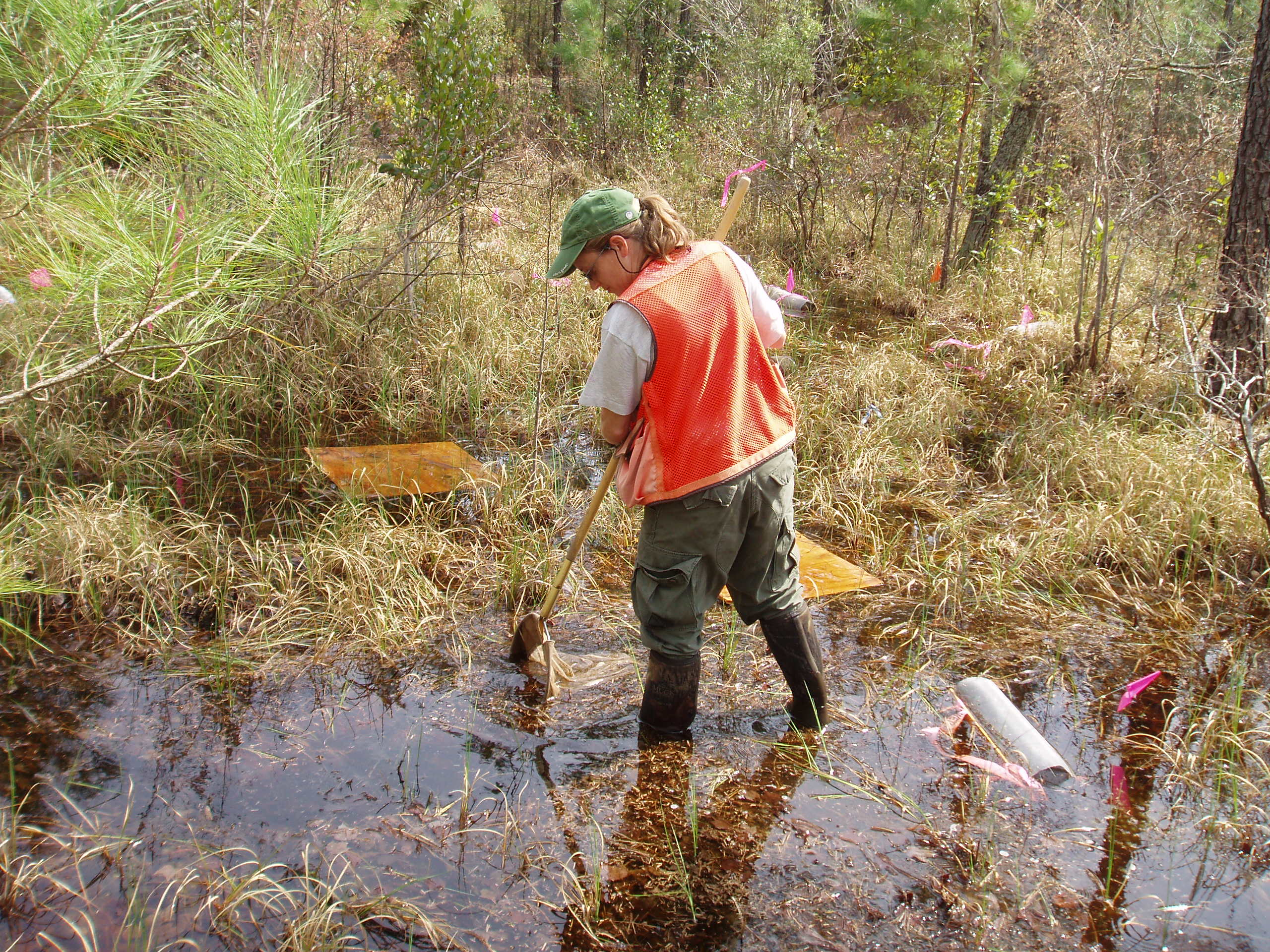 Dipnets were used to capture macroinvertebrates

Water Quality – Surface and ground water samples were collected to establish baseline water quality conditions for isolated wetlands. pH levels were quite low in these wetlands (3.08 to 4.46) and the SC sites appeared to have lower pH values than the NC sites. Levels of dissolved oxygen and nutrients phosphorus and nitrogen compounds) were also generally low within the IWs, but increase in groundwater moving away from the isolated wetlands. Isolated wetlands in the study had high acidity levels and low nutrient levels in comparison to connected wetlands.

Soils – Observations suggested that study area isolated wetland soils tend to be acidic and have higher organic matter, higher nutrients, and a higher capacity for nutrient and metal removal than corresponding upland soils.

Significant amounts of organic matter are stored in the soils of these isolated wetlands. We estimated that the isolated wetlands in our study area store about 5.2 million metric tons of carbon. Based on the total IW acreage of 30,000 estimated in this project, IWs in the study area contain, on average, over 190 tons of soil carbon per acre.

Overall, the phosphorus adsorption was much higher in the wetland than in the upland. Therefore, it appeared that these isolated wetlands have higher potential than the surrounding uplands to immobilize phosphorus introduced into the wetland via surface water.

Biotic Community Surveys – Amphibians, aquatic macroinvertebrates, and vegetation were systematically surveyed to assess the biological communities of each isolated wetland.

Amphibians– The amphibian communities of these five intensively studied sites were characterized by 12 different taxa mainly composed of nine species of frogs with no salamander species collected. In general, the Brunswick County sites had more amphibians than the Marion County sites. Most likely, the low diversity of species was probably due to the low pH (less than 4.0) of the water in these wetlands rather than anthropogenic disturbance.

Macroinvertebrates – With respect to aquatic macroinvertebrates, the intensively studied wetlands were high quality ecosystems. Most of the species found in these sites were tolerant of stressful conditions which are common in low pH and low dissolved oxygen systems. However, since these wetlands appeared to be of reference quality, it can be concluded that this aquatic community is probably typical for isolated wetlands in good ecological condition in the study area.

Plants – The intensively studied isolated wetlands in the Level 3 part of this work generally had plant communities that were of high quality with 48 species of plants identified, including a federally endangered species, southern pond spicebush (Lindera melissifolia). Floristic Quality Assessment Index scores indicated all sites were high quality.