Who Lives in our Wetlands?

You are here: Home / Look and Learn / What-When-Where-Who of NC Wetlands / Who Lives in our Wetlands? 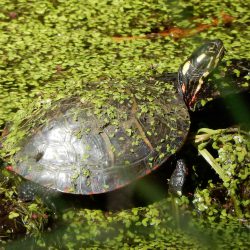 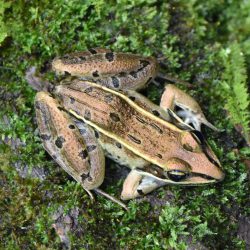 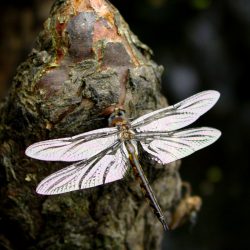 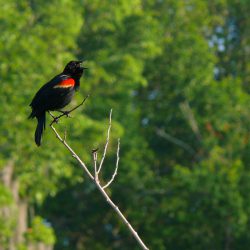 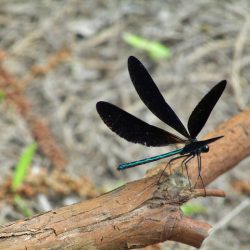 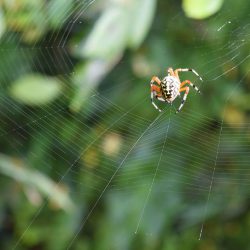 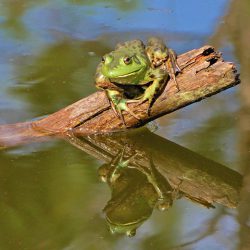 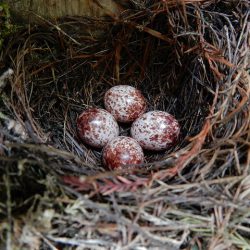 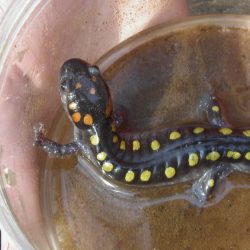 The availability of water and wide range of plants in wetlands make them a great place for many animals to live. Most types of animals you can think of that are native to North Carolina, no matter their size, can be found in a wetland. Bugs, frogs and salamanders, fish, birds, snakes and turtles, and mammals like mice, squirrels, deer, and bears all like to use wetlands. In fact, 70% of the endangered species in our state depend on wetlands to survive! Wetlands provide them with the space they need to live and get food. Wetlands are also a great place for migrating animals to rest. For example, Tundra Swans migrate from their nesting grounds in Canada all the way to eastern North Carolina to spend their winters in our state’s wetlands.

Worms, insects (e.g., butterflies, dragonflies, damselflies, craneflies, mosquitoes, deer flies), crayfish, snails, and clams love wetlands because they are full of dead plant material to eat, and water that they need. Some of these animals like to burrow in the soil and under leaf litter, some like to live on or near the surface of the water, and some like to feed on other animals in the wetlands. All of them are important links in the food web, as food sources for a variety of animals.

If you like to eat shellfish, you can also thank wetlands for acting as nurseries for clams, oysters, crayfish, and more! Without wetlands, these animals wouldn’t survive.

Amphibians in particular are very dependent on wetlands for their survival. Salamanders, frogs, and toads like to lay their eggs in ephemeral (temporary) pools found in wetlands, where there are no predators present to eat their eggs. North Carolina has some of the richest amphibian diversity in the nation, with over 90 species of amphibians! These amphibians need wetlands as places for laying their eggs, getting water in dry times, and finding food.

Lots of turtles, like the yellowbelly slider and the painted turtle, spend most of their time in wetlands. The tiny bog turtle is a very special turtle in North Carolina, found only in our mountain bog wetlands. This turtle is in danger of going extinct because there are not many mountain bogs left.

Sometimes you will find snakes in and around wetlands. They like these areas especially as a source of food, where they can find emerging frogs and salamanders. Lizards can be attracted to wetlands because they like to eat the bugs there.

North Carolina’s wetlands are very important nursery grounds for fish, which lay their eggs and have their young grow up in shallow areas protected from large fish predators. Of course, wading birds like to eat them there too, so they try to hide in the vegetation growing in the water. Without these wetlands, we would have a lot fewer fish to eat! North Carolina’s fish industry brought in over $96 million in 2017, partly because of this state’s wetlands. Some of North Carolina’s wetlands, like Lake Waccamaw, contain fish that are found nowhere else in the world!

North Carolina’s wetlands are full of birds! This is because wetlands are excellent sources of food, water, and shelter for birds. Egrets and the great blue heron are large wading birds that build nests near wetlands and feed in their shallow waters. Migrating birds like snow geese, falcons, and many species of songbirds will stop in our wetlands to rest from flight and refuel. Many types of ducks rely on wetlands during migration or year-round to raise their young and feed. One-third of the worldwide population of Northern Pintail ducks overwinters on Lake Mattamuskeet, a large wetland in eastern North Carolina.

Mammals are the most visible and often what gets everyone the most excited. A wide variety use or can be spotted in wetlands (some for drinking water, some for habitat) including otter, beaver, raccoon, coyotes, bobcats, deer, bears, elk (in the Great Smoky Mountains), and muskrats. Nutria are a muskrat-like animal from South America that also like to live in our coastal wetlands.

Wetlands are like big cafeterias for the animals within them. The high diversity of animals in wetlands makes for a full food web. Abundant invertebrates provide a strong foundation as prey species whose predators in turn also make great prey for larger animals. Many species in North Carolina depend on wetlands to provide the food and space they need to survive.

This information is available in a printer-friendly factsheet.

See more photos of animals living in our wetlands here. 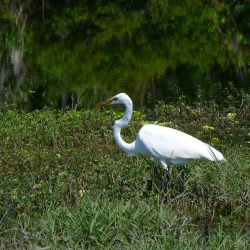 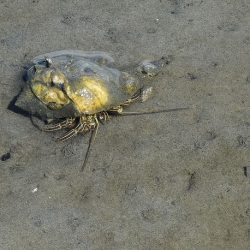 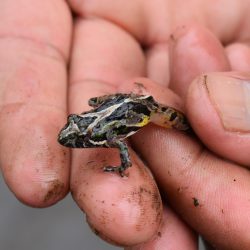 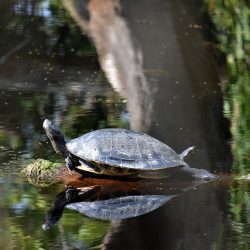 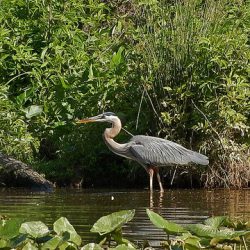 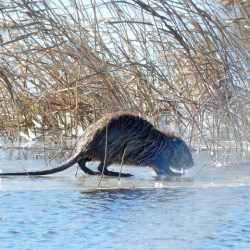 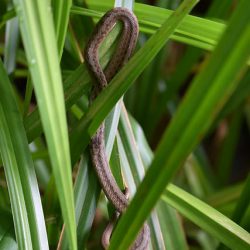 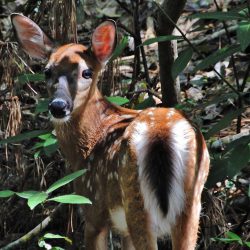 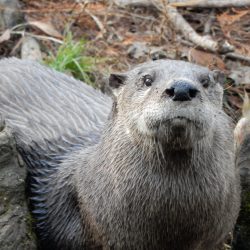 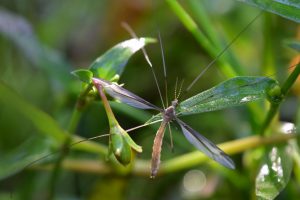 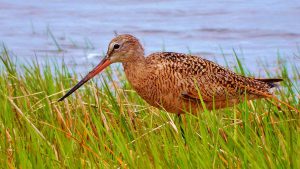 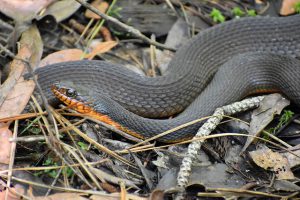 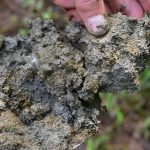 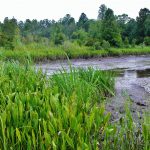 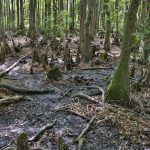