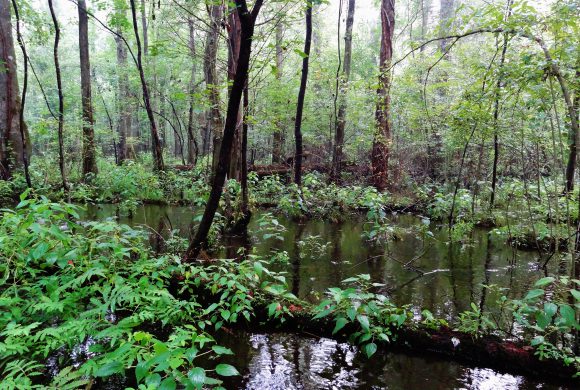 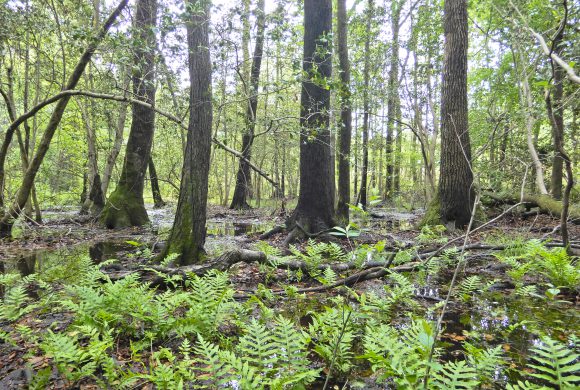 In the first of its kind, this large multi-state collaborative project was intended to augment data collected during the first National Wetland Condition Assessment in 2011. Under North Carolina’s lead, a Southeast regional intensification study was undertaken to sample 90 forested wetlands across four states: North Carolina, South Carolina, Georgia, and Alabama. Intensive data were gathered in 2012 from wetland sites chosen from the randomly selected potential National Wetland Condition Assessment sites. Efforts were focused on two types of forested wetlands: bottomland hardwood forests, which are found at low elevations with little to no water running through them, and riverine swamp forests, which tend to be directly adjacent to a large stream or river.

Over 225 different taxa of macroinvertebrates were recorded. The most common was the freshwater isopods, Caecidotea spp. and Asellus spp. A large number (73) of taxa were rare at the sites (only one individual was observed). Wetlands in all four states showed high levels of macroinvertebrate diversity.

Significant improvements in water quality from upstream to downstream were observed in riverine swamp forests for the following parameters: dissolved oxygen, total organic carbon, ammonia, chlorophyll a, total phosphorus, total nitrogen, fecal coliform, zinc, and water temperature. Dissolved oxygen was higher leaving the wetlands, and the other parameters were lower leaving the wetlands. 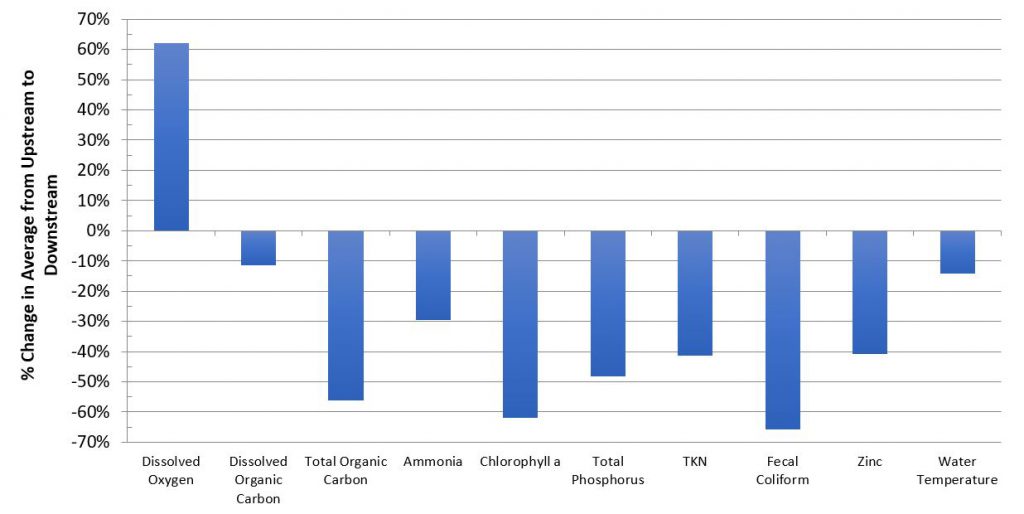 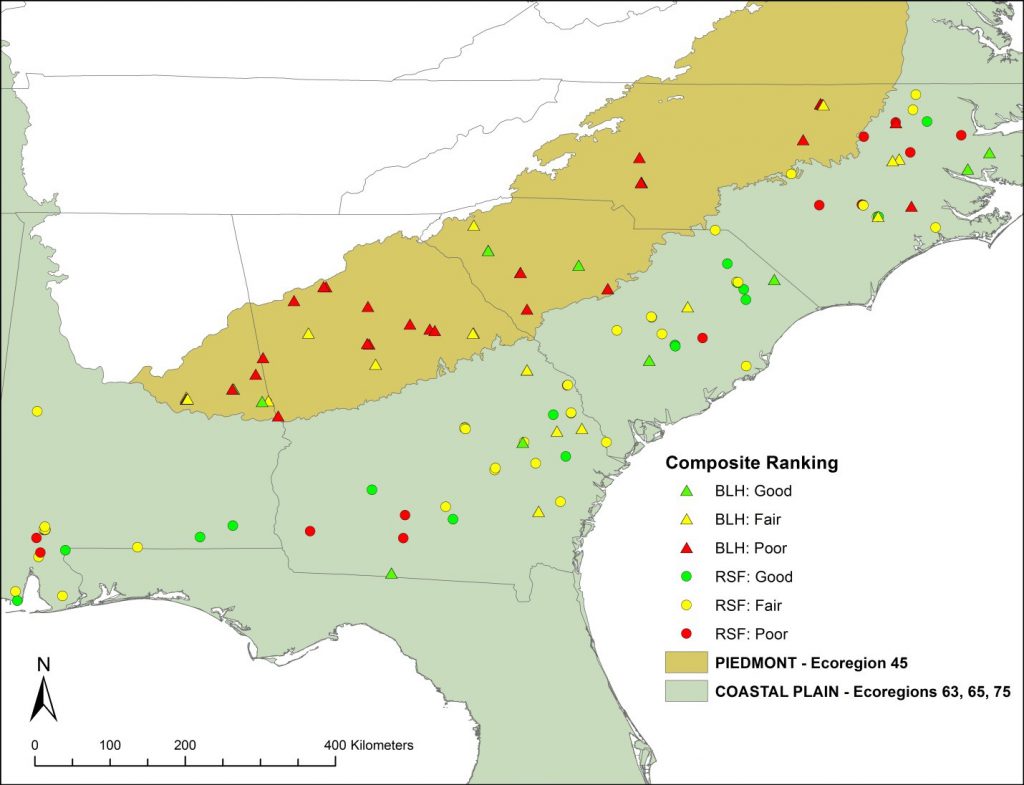 A multi-metric index of wetland condition was developed for this project, which incorporated all rapid assessments, LDI within a 300 meter buffer, amphibian quality ratings, macroinvertebrates, vegetation, soil metals, and nutrients in water samples. This multi-metric index was used to place sites into categories of good, fair, and poor. Because sites were randomly selected, they were presumed to span the spectrum of disturbance and quality. Results of this categorization of sites showed inland Piedmont forested wetlands to be in fair or poor condition, in contrast to Coastal Plain forested wetlands, which were in better condition. North Carolina’s wetlands were overall in worse condition than South Carolina, Georgia, and Alabama’s wetlands. 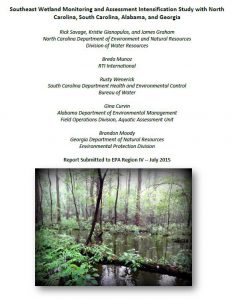 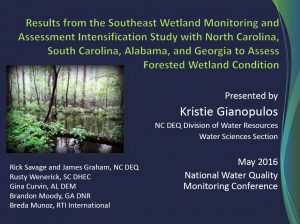 The 2015 final report detailing this work is downloadable here.

This work was presented at the 2016 National Water Monitoring conference; presentation available here.

The accomplishment of this project was the result of a huge collaborative effort between four states, involving 33 different field biologists collecting data and several others analyzing data, writing, and reviewing the final document. Many thanks to all who participated.