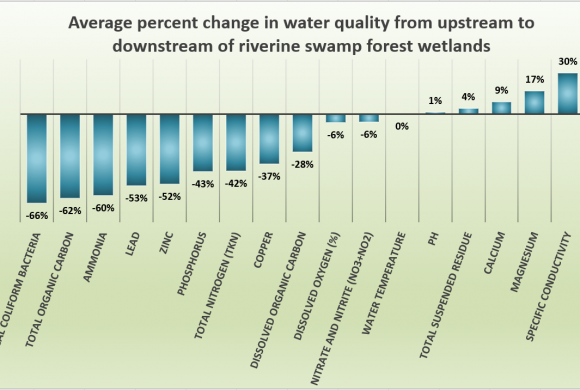 This project accomplished several goals: (1) collection of additional intensive data for the verification and validation of the North Carolina Wetlands Assessment Method (NCWAM), (2) continued establishment of the NC wetlands monitoring program by collecting data from wetland types previously unstudied by NC Division of Water Resources, and (3) focus of wetland monitoring within certain watersheds to augment watershed plan development by the NC Ecosystem Enhancement Program (now the Division of Mitigation Services).

Hydroperiods of the three wetland types were variable due in part to differences between the wetland systems and the severe effects of an ongoing drought in the Lockwood Folly River watershed. The hydrology monitoring of Riverine Swamp Forests showed these wetlands were very wet and maintained fairly consistent water levels year-round. Conversely, Bottomland Hardwood Forests were drier during the growing season and were influenced by precipitation and periodic overbank and overland flooding. Small Basin wetlands in the Piedmont tended to stay wetter than Coastal Plain Small Basin wetlands. 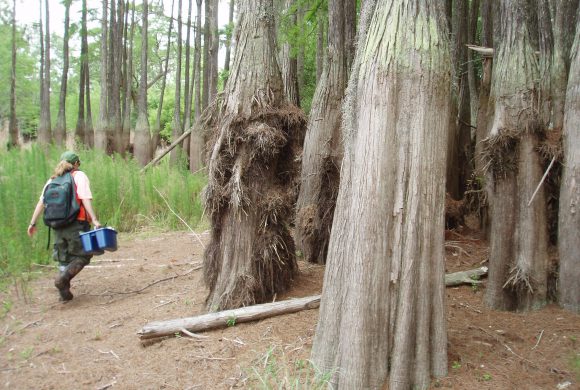 To validate the NCWAM, Level III intensive results were examined in relation to overall NCWAM ratings and subfunction ratings (Water Quality, Hydrology, and Habitat). Additionally, NCWAM results were compared to ORAM scores and GIS Level I analysis (LDI). Significant correlations were found between NCWAM scores and some Level III amphibian and plant metrics, as well as water and soil chemistry results (dissolved oxygen, some nutrients, and metals). Some NCWAM scores correlated with ORAM scores, but not with LDI scores. Correlations between NCWAM Habitat function and the Plant IBIs were of particular interest because this indicated that the habitat subfunction of the NCWAM was assessing the sites appropriately.

The quality and function of the wetlands surveyed in both the Piedmont (Fishing Creek) and Coastal Plain (Lockwood Folly River) watersheds varied due to logging, invasive vegetation, ditching, and buffer impacts. Overall these wetlands appeared to be maintaining their functional water quality and hydrological benefits. Both watersheds had large expanses of open space, although impending development in these watersheds (especially in the Coastal Plain) had the potential to impact these wetlands and stress these systems’ ability to function properly.

This study provided a better understanding of the quality and function of three types of wetlands: Riverine Swamp Forest, Bottomland Hardwood Forest, and Small Basin wetlands. The intensive Level III monitoring results have showed these wetlands are diverse systems comprised of a variety of vegetation in each stratum and providing habitat for numerous amphibian species. Additionally, Riverine Swamp Forests, and to a lesser degree Bottomland Hardwood Forests, can improve water quality by lowering nutrient and metal levels.

Following this study, the NCWAM was adopted by the US Army Corps of Engineers (USACE) to inform their wetland permitting decisions.

Link to the NCWAM Manual and forms